History and future of Television's

Hi, from the times of black & white to today 4k display well the development and the growth of market that made today's advanced TV's will be interesting and amazing. 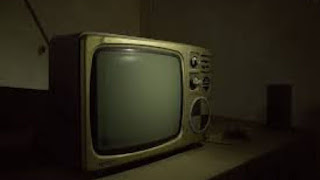 Well, Chatode Ray tube displays this was one of oldest displays that are released from the beginning stage of display's into the markets it's interesting that displays worked to entertained audience for decades,

Now you will know how television got into the market and advancements that are happened in past and to happen in future.

CRT Displays are mainly used by companies like sony , akai and samsung being the most and high manufactures of these display TV's till now. 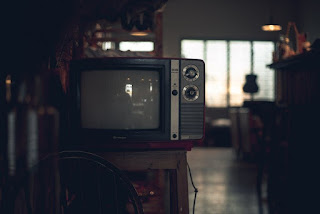 While there is two variants of display one black and white display and later a inventor worked and presented to the world a colour tv with a lot of struggle.

However, let's get into point where television tv used antennas to get them working with alot of big monitors to handle the screen time goes CRT televisions become smaller and smaller day by day.

Let's get into the point of colour tvs it's the era Hollywood golden age of films when people want the experience in colours while it was only limited to big screens through projection.

While it's not a easy task while there is alot of workaround to get a workting prototype of colour television at the time and it's a big step towards later advancements in televisions and related fields.

It's was the time where the movies and news and some channels are working and telecasting in black & white mode then the whole focus has been switched to colour television for company's and public it does maid aloud of talk in limited advertising through people,

However not everyone able to buy the television and it's to expensive even after the decades of beginning stage it's not only limited to b&w TV's but for the colour tvs to.

In electronic or any other field when there is competition and people required to get into every person's home companies and competitors try to do thier best to get the products at a lower price than the competitor pricing and the techniques and advancements has been rapid in field of television and thiers a big competition takes into place within the most popular conglomerate currently like sony, samsung , akai and bpl

There are different patents for different companies while the strategies and working structure and technology difference makes the companies vary between them and thier way of approach to public.

Now to understand better regarding television let's now limited to b&w and colour television's
Television do work on three colours like red, green and white to reproduce digital image into electronic systems at the time getting various things through digital signals into the monitor via different different lanes to reproduce sound etc. 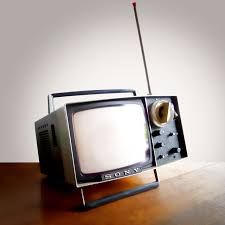 Sony, sony used to release TV's with the slogan of build to last and it's does what it said, sony TV's are being the top notch manufactures from black &white to till now.

While television changed the daily life of most people and being addicted to it over other entertainment fields it made such popular that owning a tv at the beginning era is that only seen in rich people homes later time to time the price beigin to lower and everybody could afford.

In india, most of the technology that either started anywhere in the world will take its time to get into market of india atleat it taken 10years to enter into india at the same time indian rules has put companies into struggle unless you are a big company you can't enter into india even if you done it can either ditch you later economic reforms revolutionized but it was to late.

At the time of 1970's owning a tv in india is a pride and the person who brought considered to be popular reason is simple it's very rare to a person that to buy television in market like india and the price are skyrocket that you able to buy land of acres at the time.

But still it was totally new to people of india before they used to listen audio through radios and listen news and songs through them later TV's mesmerized and shocked public of india that made to buy tv over anything and it's does not limited to TV's even any technology that have future changing factor that technology driven subjects will definitely get hype.

While the sateliite and channels telcasting is a different subject and lengthy information.

Television given alot of entertainment and other sector companies to focus on india the contenders like samsung, sony are well taken care of. Akai and Bpl being the most selled and popular TV's in india.

Akai being the Japanese have made possible to get less pricer over competitors in india and the quality is well matched to sony and samsung.

Bpl tried it best to reach every area of india and television is a big thing in rural areas and bpl managed to into them by thier own bussines strategies and bpl prices are higher but considered into rural areas it has its own advantages to rise the price.

When television is not a simple thing there's a big history of struggle and classy drive at different
times that made today's advanced displays.

Television in india gathered people together and made happyness index better when struggle of different things going in india after independence.

Let's get into point of colour television after decades of time different displays comes to the views and technology advancement in field of television is unbelievable.

It's not limited to that later some advancements taken place as i earlier said that companies work around thier own and thier own inventions.

The major manufactures and new technology inventors in field of television are currently and before are sony and samsung, akai has dropped it's a different story bpl vanished, the technology's that worked by them are adapting by other manufactures.

Led displays have different qualities like 720p being the base and upto 4k and it's does have its own pricing and development takes more time basis on the quality so prices change on basis of that.

Samsung later OLED leds and lcd and it's an different modify and structure of leds and sony got into working of trilumious displays it does made to switch and sells growing day by day as more and more bringing of television comes into the market.

While these things going on, still the companies working on getting more the size has been increased the width has been decreasing day by day and companies constantly working on them.

Today there are some TV's from sony or samsug or anyother company that can be attached on the wall the tv looks like paper and it does say how it's begin and what is here now.

In terms of quality, sony never compromises as personal favorite i can say it's the best before and now to Bravia technology provides the best of out of its technology and viewing experience.

Lg, life's good has its own television segment and it's does have grip in Indian market and major secondary considered brand after sony as the things vary or change according to individual interest.

Then smart TV's and other things adapted and added to television to stand out in current era of digital technology and it's made many things possible,

Television made possible of computers, smartphones and connected the world .

Future will be interesting while it was already in stage of paper size TV's what going to happen as the advancements are blazing fast after lcd or leds.

Will update article accordingly, later until then see ya