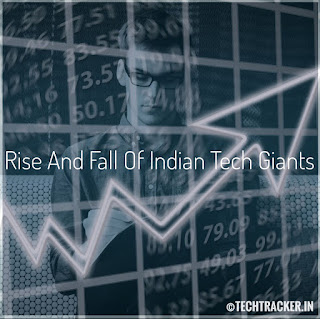 If we go back 9years back in time, you'll see some big tech companies of India growing and making buzz around budget smartphone market.

In this list we will provide you a comprehensive info about the companies who got profit margins more than Chinese or anyother smartphone companies are not able to get from anyother country except India.

There are 5 smartphone companies of India which rises hopes of customers getting budget smartphone at a lower cost.

Micromax was the 10th largest smartphone vendor in the world, even compete with Samsung and nokia at keypad phones, micromax started as an small company in gurugram ( haryana ) India later entered into smartphone sector slowly, being a home based startup, India doesn't have any manufacturing unit to manufacture smartphone, even to do that it COST's Billon's of dollor's, even if micromax wanted they can build it, but don't insist at all, well so they called some Chinese smartphone manufactures and had an aggremment to provide smartphones with micromax logo, or they got the ordered mobiles later printed micromax logo above it,

OK now actual game starts, micromax however tried to get budget phones at the time of 2011 to 2013 the smartphone prices are sky rocketed, Samsung note series are selling like hot cakes.

To keep up this rapid competition from Samsung, or to defense micromax have to do something,
The cost of samsung smartphone for a base model was up to 30k INR, Which middle class person at the time was unable to afford,

Even taught the price was high, the quality of Samsung note series was fabulous, and its favorite for so many techies.

Micromax has been working so hard to get a budget phone to Indian which is highly needed at the time as fast as they can, a little before other companies,

The main plus point for micromax is that, Indians do support home based product, as do think made in India plays a major role for every smartphone buyer,

However the margin that micromax trying to get was 14℅ to 16% with these margin and budget phone with a decent specs are really hard for an India based company at the time, while other smartphone companies can't even do that, so they put basic chipsets, that won't even match an entry level Samsung device at the time.

So, micromax decided to hire Chinese companies, this decision of micromax changed the fate of Indian smartphone market in entry and budget devices.

After having some hurdle, they finally managed to get a budget phone in India for 10,000rs with the name of canvas series.

Which become a big hit in India market, that sells of micromax smartphone was become a huge success,

That students and middle class persons able to afford, and it got a huge attention from developers,

Moreover the devices that canvas series have mostly mediatek which was considered as a drawback but with good minimum ram and internal storage gives a plus point. Cause no other companies can give that specifications,

They being only one option was using either spectrum processors or single core processors, not even dual that to 100mb ram and 100mb ROM😂 now it can be joke but it was considered as a smartphone at the time , Haha

The canvas series has going successfully for sometime with a good profit margin, and micromax getting more devices from chinese manufactures with more design's and specs, with mediatek processors.

After some time a Chinese company has entered into India smartphone sector which is said to be the king of budget and entry smartphone, which takes less or no profit at all for their smarphones its none other than xiaomi.

So, with a huge hype and quality the smartphone has selled in lakhs in no time, which become a big step to release some other smartphone at a similar price.

Micromax can't compete with xiaomi, because micromax can't work at such a low 2 to 3℅ profit margin or no profit at all.

So they completely blockout from the competition, so a new name has rise in tech community which till today become a favorite brand for many people.

Xiaomi not only compete with micromax but completely defeated other smartphone companies in India and most of the companies are now in loss as of 2019.

Lava is an India based company, which used to be releasing some okish smartphone's the major problem for lava was no publicity capability wave of micromax and big shock from xiaomi. And no contact's either no big money for investment,
which later become the company in losses.

This company majorly focused on tablets, the major reason is that that, kids used to love it for games and movies at the time, for some education related things are stored inside tablet and given to students, the larger the screen the better the understanding. Most indians are choosing tablets over smartphone for gifts etc,

However this thing fake as the time goes, lenovo has launched smartphone phablets, between phablets are nothing but 5 to 5.5 inches which are considered big at the time, now its a normal size 😀

Slowly lenove k note series has become a hit, that to at a low price, that India customers are only consider value for money products, so they choosed phablets over tablets.
4.Reliance

Have you ever tried a reliance feature phone, if you are lucky enough you would, reliance used to release no sim card feature phones completed focused for India public, reliance phones however succeed in vanishing landline phones, but reliance unable to cope up with advanced feature phones and smartphone segment. The unexpected death of India billionaire  and big business magnate founder of Relaince, the property issue rises and focus turned to other industries as Relaince is Multinational corporation.

Last but not least, do you ever heard this name, mostly probably no.. If you know you must be searching an alternative of the above mentioned devices. Xolo released some interesting devices for different wanted people however it was noted by some people buyed and major sales has been done offline. I even taught of buying this phone later dropped the idea. Build quality is good with decent specs but this brand unable the handle the storm of xiaomi.

Note : Celkon is not mentioned as it has a big story regarding this matter will be providing complete details later.

Conclusion :
Samsung on rage, Nokia Tried, Micromax Kept thinking and when micromax finally done. Relaince was focusing on other sector's, iball and xola are not even a match, xiaomi entered and shocked for a while and slowly and perfectly countered the premium smartphone companies and become king of budget and entry level smartphone market in india.

Its like when legends like kapil dev was on rage and got a world cup for india. Indian players are trying hard for the glory. Suddenly a 16years old young boy come to international cricket. The time that even 100runs was a unthinkable facing ausies bowlers. Sachin hit 200runs and become a master blaster.

God of Cricket None other than Sachin✌

This is it, I tried to give you an comprehensive info. Will update if there is any update required.