What Happened to Nokia ? 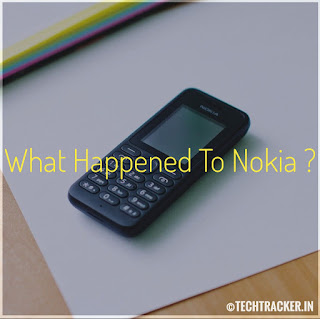 Nokia : Connecting People you must be heard this name for sure this company come and grown in a small country and revolutionized the world with their phones, Nokia started in Finland as a duck tapes manufacturing to electronics, either the founder also doesn't have imagined that Nokia will become billion dollor company and rule the mobile market around the world for years.

We will be looking the reason's that made Nokia to loose grip on mobile division and being lacking to compete other less experience companies in tech and mobile industry's, what Nokia have done that put Nokia developers have to start company and sell devices with Nokia brand name.

It is no wonder that your first phone could be Nokia even mine, Nokia become part of everyone with a slogan : connecting people this slogan of Nokia was so much popular that every person who have little idea about phones will definitely remember the tune.

Nokia being an big company they never expected rapid change that's the biggest mistake have been done, the rapid technology advanced competitors developing new phones with different qwerty keyboard etc and trying to mod software skins with some added features, nokia was strucked at java and symbian keyboard phones, even though it lacks, the brand name and trust on nokia selled devices at large scale for not tech oriented public.

Nokia being having experts in their cabin, they didn't really understand what have to do at right time, misconceptions regarding android searching for alternative, being using the self developed symbian software which lacks support from developers,

The drawback of symbian I's that it is hard for developers to build .ovi apps for the devices, even though some developers really tried there's no push or motive from nokia the developers mostly switched to iOS environment that apple gives much more money and the vision and the hard work they done on the product had shocked the whole world with the release of 2007 iOS 2g, that world never imagined that will been seeing an multi touch devices, however apple done with the engineers.

Nokia still have the option even though iOS have an closed source software they are some open source software are buzzing at the time, which is android founded by Andy Rubens former google employee,

Nokia being have three options either starting a new software or totally advancing hardware like Apple or to choose an open source software that can be development friendly.

Nokia has different things in mind they didn't satisfied with either android, so they chooses Microsoft to develop software for them, this tie up really have given a good potential for both Nokia and Microsoft, it has been continuing at good speed there are some pubic statements that Microsoft or Nokia didn't facilate much for developers to get apps that it is a closed source that become downfall of windows phone. 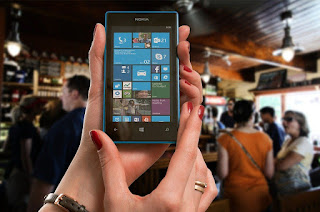 Nokia kept on releasing Nokia branded windows software out of the box that has become a huge hit among Nokia fans the dark themed software feature rich sleek design that even today you'll be seeing people buying Nokia phones for software even it does not receive any updates that Nokia abondened it completely.

Nokia however doesn't compromised in hardware and quality wise, there is no excessive complaints on build quality much, if you ask some design experts they would be choosing either Nokia or iPhone design over any other, it has been regarded as classic designs.

The another mistake that gone wrong with Nokia was they didn't given any company to use their software in their devices, android being a search engine company wanted to open source software so manufactures around the world can use it according to them with external features this marketing strategy really have done a big rapid advancement for google, that devices keep on releasing and development uprising and app support kept on  increasing... And knowingly or unknowing this really effected Nokia's phones being releasing the devices at higher cost and lack of apps , no development from third party devs like XDA developers.

Android has become popular around tech community and custom roms kept on releasing so they could update in device without company's guaranteed ota update which is time taking to release updates to different countries. 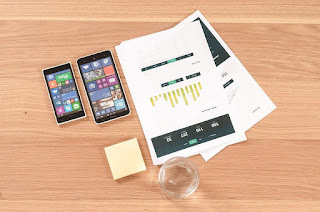 However while this is going on Nokia being watching calmly they don't have option and losses are going on, unexpected changes tooking place it will be a unstabilized situation for Nokia to being going to situation of selling the whole company they however selled mobile division to Microsoft. It is really not expected by any Nokia fans that could really company like Nokia could do that, even though Microsoft took part it released device with Microsoft lumia which sparked hopes but later become a downfall graph.

Luckily, Microsoft was lucky enough they understand and withdrawn from developments of new devices kept on hold, future either its going launch or not its in hands of Microsoft,

While both Nokia and Microsoft techgiants failed at that time, the strong divisions of Nokia was feature phones and windows for Microsoft,

while downfall has been seen clearly of nokia here, even Microsoft failed,

The only companies that revolutionized and stable as of now 2019 was apple and google subsidiary android.

Even the unexpected things that put Nokia in this situation. Still it was a favorite phone for many users and the fan base was in millions, that overwhelming for any company.

Conclusion : unthinkable advancement done by apple that put whole world in shock, companies have no plan, tech giants have no time a new software company popup that handled by google strategy and time have worked right for them and it begin popular and the advancements keep going while a new thing appear time decides.