How To Emulate Android In PC ? 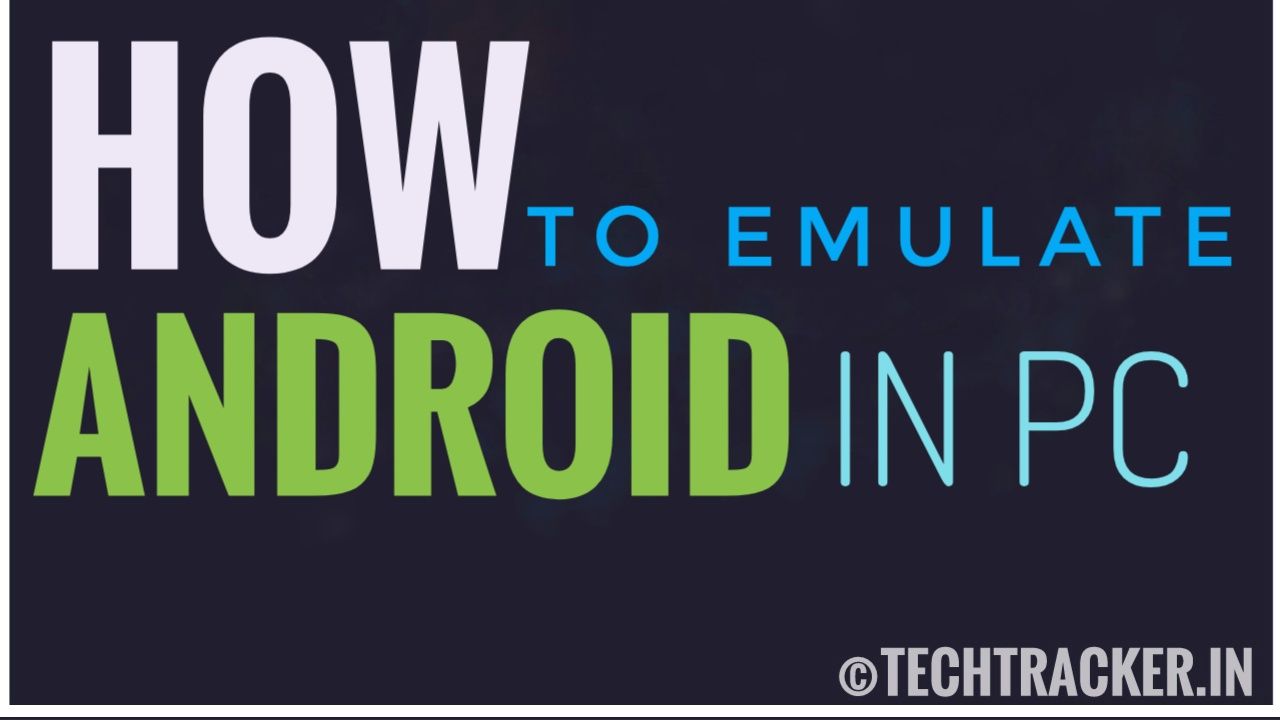 How To Emulate Android In PC ?
In the world of technology everything is possible from a text based system to today most advance gui systems.
When everything got standard, we got evolutions like computer to super computers to mobile's to advanced smartphone's.
In this tech era, the smartphone that started as being used for casual use but made every one to depend on it to the core.
Everthing is possible in smartphone in it own ways or own version of it and both the pc and smartphone's have thier own pros and cons.
Things that a pc can do that smartphone can't do but which the smartphone's able to do that pc unable to being of lack of feature or compact.
However, whatever may be the reason if you need to emulate your smartphone and it you are using android then there are alot of ways that you can do this.
Being iphone have closed source software it does not have sources to emulate on pc so you only one option that we will mention below.
It's a astonishing and cool thing to emulate androd in pc isn't it will be very useful if you don't have mobile or you play games anything that a phone do in pc with added extra features.
Yes, it's amazing right post android there is no software that can make this possible as it is still in early as more and more tech grows day by day today we can easily simulate and emulate android or any load any operating system in pc with the tools and continuous development being having a good popularity and attention on them.
Company's do new things as google or iphone make new things to get attention or public usage and emulating android in pc is potential subject as also can get alot of hype and future driven technology.
This time, a company or can be said a developer developed a software that emulates android with added features including root called blue stacks flourished for years all over the world.
Bluestacks developed by a indian developers later got alot development as popularity and viewer's grows day by day and started as normal.and today being have millions of download's.
- Screen Mirroring
If you don't want to emulate android or just wanted your old mobile or just wanted to screen mirroring your phone than it's possible to.
Being safest and security oriented simulation method.
- Go to - Airdroid.com
- Download your pc version of software.
- install in your pc and setup
- Now, Go to your smartphone that you want to simulate
- Go to playstore and search for airdroid.
- Now install the app
• Now pair your pc software with airdroid app and easily simulate android - screen mirroring.
There are alot of ways to screen mirror this is one
of our choice you may find your own liking software do some research.
-  Emulators
• BlueStacks
•Go to www.bluestacks.com
•Go to Download's Tab
•Choose your variant of os either windows or Mac
•Choose your system architecture either 32 or 64
•Download and install in your pc and setup.
Now you can easily have your own version of android and we suggest you do download latest version of android emulator some do support some not but you most likely find latest version of emultors.
This is one of our choice of android emulator BlueStacks there are many emulator with thier own flavor and features.
But being BlueStacks having alot of craze and Popularity and having continous developments can be trusted as being old and no controversy or isses that being raised till now.
- Install Operating System In PC
If you not satisfied with above two methods then the third effective way is to load android os which have dual boot option.
Three ways You can directly install in virtual box or system partition or on pendrive or hard drive.
• Go to RemixOs.com
- Go To Download Tab
- Now choose according to your pc system version and specs
- Installing instructions are provided in website check carefully and install in your pc.
- we suggest you to backup everthing including os so you won't loose anything if anything goes wrong you can easily recover system.
• Virtual Box
• To install on pc search for virtual box and download according to your system.
• After setup choose where you want to install give amount of ram and rom that you want to give for remix os.
• install and after successful installion you have a beautiful remix os.
- Install it on Pendrive
• Copy the exe of remix os to pendrive.
• You will have this instructions available in website you can do this in many ways
Research and install properly according to your liking you can install it on pendrive space.
One of the safest software installation method.
Iphone being closed source there is no bigger availablity only choice is to mirror screen.
You can easily find many software that can make this possible do some search.
Finally, these are three ways that you can easily emulate or simulate smartphone in pc.
If you have any issues or doubts or any particular question regarding this topic you can comment below.