What is Digital India Campaign ? 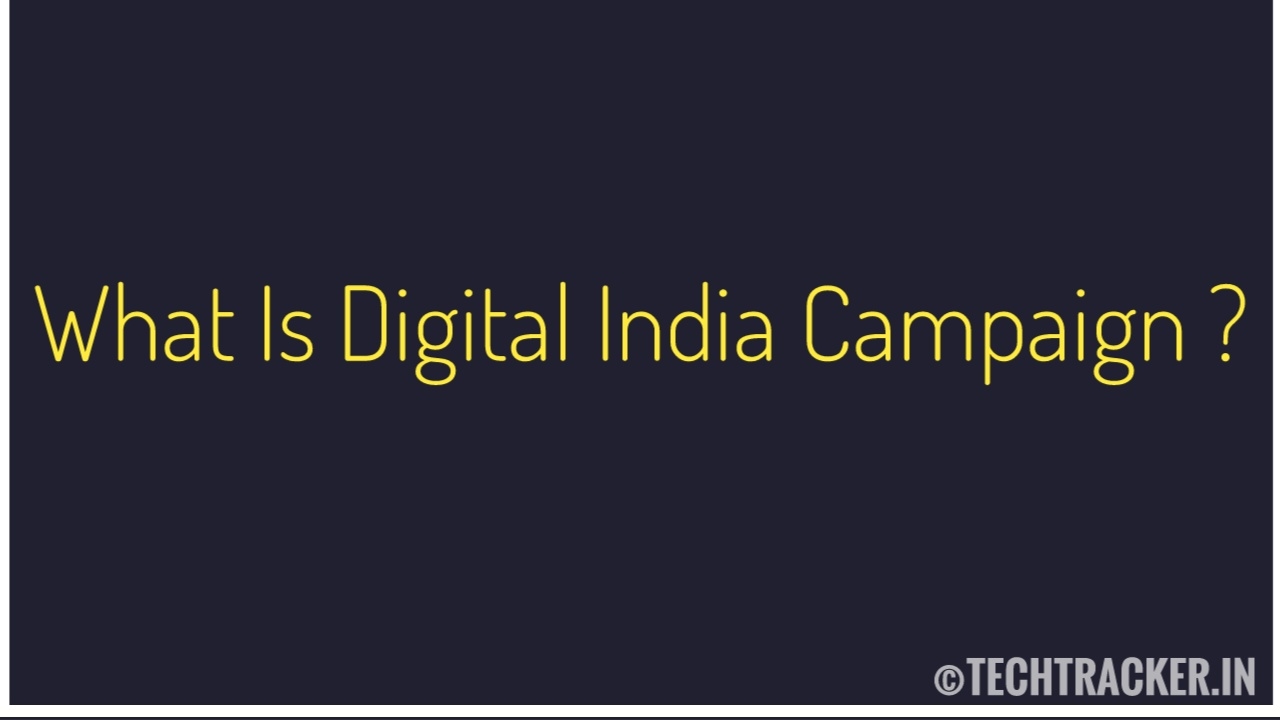 Hi, What is Digital India ? Do you want to know about this in detail and comprehensive info then you are at the right place.
Digital India Campaign focus on utilising internet and other technology to provide necessary government services in devices and internet for easy of use without any physical assistance required for people including that making the public to utilise smartphones and other digital transaction services through multiple ways.
Digital india campaign started on 1st July 2015 with the slogan of : "Power To Empower" as the slogan describes the campaign insists to get technology and digital services to people around the country and improve and develop rural area people via thier most government services including in several apps from pancard , home to farmers and everything that people needed.
By enabling services to digital form either websites or apps including and giving an easy user interface to make sure every minimum educated person to understand and working with several global companies like facebook, google and Microsoft to get india centric features and products.
One of the main moto of digital india is to make paper currency free to digital currency transaction this way gives ability to the people to do transaction through internet or apps and indulging many apps to promote digital transaction's like Paytm etc.
This way there will be recorded transaction for every payement and recieve record by adding pan card so there is ability to track tax payments and it does remove black money through several ways.
While it's not possible to entirely make everyone to use digital services immediately while there are many areas that having no education ratio people
are high in a country like India where when the times that government have to focus they didn't and it become uneducated people ratio high.
To enable and give ability to utilise services government promoted and given chance to several companies like relaince jio phone gives services for keypad users to easily use transaction services and other government services like train booking etc to reach more public to utilise and understand the services.
When there is more digital users in a country that means the country have more educated and digital usage concentrated people it does make the companies to choose india over other country that more digital public here in india over other country as india have second largest population.
Promoting reliance for data services that made many users to switch to 4g devices that changed many lives and it does made a good contribution to form a digital india in few years.
Digital india does give necessary orders to several states to make state government services available in internet so people doesn't need to give any unnecessary amount to any third person does enabling privacy and security.
Digital India Campaign does not only limited to it does helped made in india to get more public and company attention that made indian audience importance and market companies released several phone in name of digital india providing at less prices.
Digital india campaign does boost the economic and telecom and internet users ratio in very less time including that changed many aspects regarding india and main highlight is that it does helped india to get global attention through several ways.
Digital India Campaign improving it's methods and services and getting more people to digital world through thier digital services.
Digital india campaign advertising and reaching more public in few years and outcomes are amazing.
Digital india can be said in single line it changed the fate of india in few years that the previous government not able to do so in decades.
Digital india campaign made farmers to get prices and marketing idea to sell thier vegetables at higher prices.
Digital india increased usage of shopping, food, socia media, youtube channel and other services at large scale it does helped many startups and home grown company's.
Conclusion : Digital India concept is not new but making necessary changes , advertising and giving impact on public and using serveral ways to get public use the methods have not done in decades that the current government of India done it helped economic and digital interaction public increased like never collobarating with companies and updating thier strategies helped alot in final it made many people get into digital world and changed many lives and most importantly it changed the digital fate of india that india doesn't seen in previous decades.
Keep Supporting : TechTracker.in